Is this a paw-print left by a big cat ? 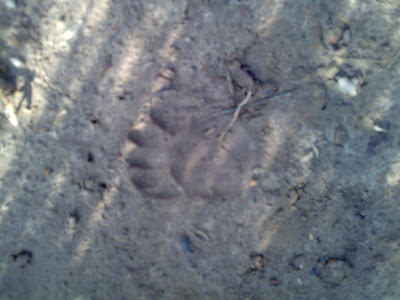 Taken near Penshurst between Edenbridge and Southborough.

The 'beast' of Blue Bell Hill is back... 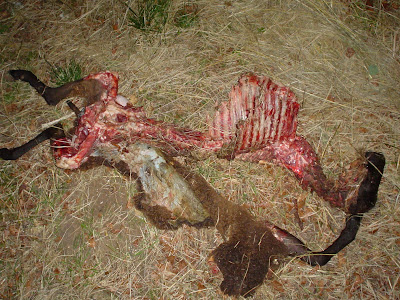 The legend of the beast' of Blue Bell Hill has lingered since the 1500s when a mysterious creature, once described as the 'Great Dogg' was said to have been spotted in the vicinity of Boxley and Burham, near Maidstone. This elusive beast was said to have attacked, killed and eaten a rambler at the time, but since then there have been numerous reports of large cats around Maidstone and Medway, usually described as a black leopard, puma and lynx.

On August 5th 2009 a sheep was killed in local woodland. Two piles of fresh excrement were found next to the discarded contents of the sheeps guts which contained grass, and a few yards away the eaten and cleanly rasped remains of the unfortunate victim. The owner of the sheep had never lost an animal in such a way in forty years of living in the woods.