A fresh sighting of a black leopard has emerged from Canterbury. A Miss Hogben was travelling from Margate to Canterbury on Monday 19th April 2010 at 8:00 pm when an enormous black cat bounded across the road ahead. She was travelling between Upstreet and Hersden when the animal sprang from the hedgerow, hit the floor once, then with great agility sprang straight to the other side. The animal cleared the adjacent field in seconds.

The witness was in no doubt it was a "panther" due to its size and speed.
On the 10th March a black leopard was observed by a train passenger between Canterbury and Selling, and on 20th February at 6:00pm a female witness whilst driving with her husband between Canterbury and Ashford, observed a big, black leopard in the vicinity of Wye and Boughton Aulph. The animal was at least four-feet in length and had an extremely long tail. It was only a few feet from the vehicle.
Posted by Neil A at 12:36 No comments:

After the statement from organisation NATURAL ENGLAND that all big cats are "a myth", it's interesting to note that in March 2010, Kent Big Cat Research received twenty-seven reports of large, exotic cats throughout the county. This suggests of course that either every witness is hallucinating, or NATURAL ENGLAND are completely wrong.

In March 2010 there were sightings from Blue Bell Hill, Lordswood, Densole, Lenham, Canterbury, and Ashford. These mainly concerned reports of black leopard, the most recent coming from a Jules C, who on March 25th at 8:00 am, whilst on a train from Ebbsfleet to Canterbury, stated that, "..on the other side of the tunnel between Boxley and Blue Bell Hill, near train track I saw a big, black cat from a short distance. It resembled a black leopard."


In early March a black leopard was observed by a male motorist, a Mr Wright and his girlfriend. At 6:00 am they travelled down North Dane Way in Lordswood in the Medway Towns and saw a big black cat bound towards the undergrowth. Mr Wright was convinced it was a black leopard as he'd seen a similar one in 2000 in Hempstead.

On march 12th a woman named Anne observed a black leopard in a field at Lenham, near Maidstone. It was 2:15 pm as she travelled on the M20 London bound and saw the cat which she described as being, "very long in the body".
On March 10th a lady named Eve saw a black leopard whilst travelling on a train between Canterbury and Selling.

Cats such as the leopard use railway lines not only for navigation but of a night they provide perfect food and there is a lot of shelter in these areas.
During the same month there were two sightings of a black leopard made by a Jason Roberts from Reinden Woods in Densole.

In 2010 Kent Big Cat Research has already received seventy-three reports of large cats. On 2nd January a member of an angling society from Marden was walking along a field at 4:15 pm when a big, black cat bounded across the field fifty yards away. The cat was around five-feet in length.The witness was quite shocked by the appearnce of the animal as he never previously believed such animals existed.

Five days later a Mr Head reported to police a big black cat which he observed whilst sitting on a train at Swanley station at 9:00 am. The witness noticed a creature on the embankment opposite the Kent bound platform. As people began to move along the platform the cat crouched low. It had piercing green eyes.

The following day on the 8th a black leopard was seen at Pheonix Place in Dartford and on the 15th January a Mr Jackson observed a massive black cat at Shottenden. The sighting took place at 2:15 pm as the animal walked into a field around fifteen yards away. On 31st January a black leopard was observed by a couple in Meopham who were sceptical to such sightings. It was 2:00 pm when they spotted a big black cat on a woodland path which sauntered off into the woods.

Maybe NATURAL ENGLAND, if they admit to such animals roaming the wilds, would have to re-name themselves UNNATURAL ENGLAND! Sightings date back across Surrey, Kent, and Sussex to the 1500s. A majority of animals sighted in the countryside are not connected to zoo escapee's as the organisation stated. Hundreds of puma and leopards, mainly cubs, were released in the 1960s and '70s and what we are now seeing are their offspring. Also, previous centuries prove that animals escaped and were released from menageries. In 2007 Neil Arnold wrote a 400 page book, MYSTERY ANIMALS OF THE BRITISH ISLES: KENT, a result of his twenty years of research into such animals. Proof that such animals are reported quite regularly across the south-east.

How many strange, and rash statement's will these organisations issue over the next few years ? If some organisations refuse to believe in such animals, it may be wiser to not issue any statements whatsoever. With their type od scepticism is it any wonder that NATURAL ENGLAND and similar groups only receive a handful of reports each year. The vicious circle of repetition continues...
Posted by Neil A at 20:25 No comments:

So it's official - 'big cats' in the UK wilds are a myth, or so says NATURAL ENGLAND.
If such a statement is true, then why even release it ? Any organisation called NATURAL ENGLAND is certainly not going to admit that large, exotic cats such as puma an lynx inhabits the woods of Britain. Sadly, this ignorance could backfire if a child is attacked in the future by a large cat which may have been injured after someone has shot it.

Reports of large felids in the UK countryside date back centuries. Despite the ignorant scepticism, evidence is in abundance, from the hundreds of reports each year from eye-witnesses, to evidence such as paw-print casts, and kills on livestock.

There is no mystery as to why they are there, an explosion of animals came about after cubs and adult cats were released in the wilds during the 1960s and '70s, mainly after the introduction of the 1976 Dangerous Wild Animals Act. A majority of the animals seen in UK woodlands are NOT zoo escapees, which only occur on a rare occasion.

So-called authorities need to wake up and officially monitor such animals in the wilds. Although not a threat to humans, these are still wild animals, but they do elude humans with ease and mainly hunt at night. Prey in the UK is perfect for such animals but as long as organisations such as NATURAL ENGLAND continue to dismiss the evidence, it seems that such animals will forever be condemned to the murky world of UFOs and ghosts, when in reality there are viable populations of black leopard, puma, lynx and smaller cats in Britain.
Posted by Neil A at 15:02 No comments: 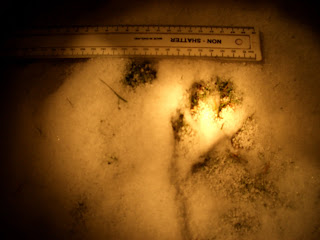 Could lynx be introduced into Kent wilds ?

KENT NEWS: Ecologists at one of Britain's largest national parks are considering reintroducing lynx into the Kent countryside.
The big cat could be one of a range of species brought back centuries after they first disappeared, with beaver and the common crane the other popular candidates.
Beaver have already been reintroduced to a reserve near Sandwich, but experts from the Cairngorms National Park believe this can be extended across other parts of the county.
And Eurasian lynx, which became extinct in the UK around 1,000 years ago, could become a more common sight if they are brought over from continental Europe and released back into the wild.
Dr Daniel Hetherington, one of the ecologists behind the report, said lynx could help keep populations of deer down.
Lynx are able to live in quite small and densely populated areas and can control populations of deer,? he said.
Another possible candidate would be beaver. There is already a scheme running in Kent, in Ham Fen, to see the environmental impact they would have on the area.
Beaver can manage wetland reserves and create new habitats for wildlife. They can also reduce flooding by slowing water flows with dams they build.
Birds, including the Eurasian crane, or common crane, have also been outlined as potential species for Kent.
Dr Hetherington said: This draft report is in response to a national park consultation where a question was raised about whether certain species could be reintroduced to Britain.
The report was driven by what economic and ecological benefits could arise through a national initiative like this.
Experts backing the report believe lynx would draw in tourists as well as protect woodland by controlling deer numbers.
Fears of attacks on humans by the big cat were rebuffed by wildlife experts, who claim they are no danger to people.
Peter Smith, chief executive of the Wildwood Trust in Herne Bay, said: There have been no casualties by lynx they're not dangerous.
You wouldn't want to antagonise one, but they don't attack humans.
They would be an excellent addition to Kent. There are deer all over the county and with such high populations they are affecting bio-diversity.
Lynx don't necessarily eat all the deer, but spread them out which allows woodland re-growth.
We need a predator as the number of deer is increasing.
Mr Smith also stressed how beneficial it is to have beavers reintroduced to the county, with a pilot scheme jointly run by Wildwood and the Kent Wildlife Trust already underway near Sandwich, at the Ham Fen Nature Reserve.
The creatures were hunted to extinction for their pelts in the UK in the 16th century.
Mr Smith said: Beavers are so important for the countryside. They create wetlands and habitats for other wildlife.
Wetlands act as a flood defence and can protect homes. They could save us hundreds of millions of pounds in flood defences.
Beavers also help purify the water through managing the wetland, which filters out all the nasty fertilisers and chemicals.
Mr Smith said reintroducing beavers has come up against opposition from farmers who believe the animals could damage their crops, with damning activity potentially flooding other problem areas.
Posted by Neil A at 13:18 No comments:

On 5th March 2010 a black leopard was observed by a couple driving towards Lordswood at 6:30 am. The animal crossed from right to left into undergrowth, towards the direction of Capstone Park. The male witness who was driving was 100% sure the animal was a black leopard as he'd seen a similar animal in 2000 in the same area.
Posted by Neil A at 12:48 1 comment: