Neil on the track of Los Angeles mystery cats...

Neil will be contributing regular articles to THE LONDON WORD website. His first feature concerns the possibility that large, exotic cats are roaming the capital. Read it HERE.
Posted by Neil A at 17:10 No comments:

Thanks to Nick Redfern for bringing this to attention, after a spate of sheep kills in Staffordshire, Neil Arnold contacted the local paper to set the record straight on the sightings. Read it HERE
Posted by Neil A at 13:18 No comments:

Read the fascinating post at Cryptomundo
Posted by Neil A at 19:09 No comments:

BBC Southern Counties chronicle the recent, and not so recent exploits of the elusive puma population.
Posted by Neil A at 19:06 No comments:

He, "Thought he heard a puddy'cat!"

http://www.kentishexpress.co.uk/paper/default.asp?article_id=8073
Posted by Neil A at 20:08 No comments:

Link HERE at Kent Online
Posted by Neil A at 21:19 No comments: 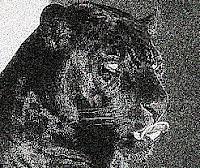 A Black Leopard has been reported from Goldfinch Road, West Thamesmead. A man, who did not wish to be named, was awoken at 3:00 am during Saturday 9th August, by a strange screeching sound. Upon peering out out of the curtains he saw a small animal race along the pathway, and then something larger caught his attention, he said: "I saw a black animal rolling on the grass between two trees. I thought to myself, 'Bloody hell! That's the biggest moggy I've ever seen', and then thought, 'It must be a dog'. However, its head was cat-like and its tail was very long. It walked to the left to some bushes and I moved the other curtain but couldn't see it."
The animal the man saw was a black leopard which over the last few years has become known as the beast of Bexley, a creature around 4-5 ft in length.
Posted by Neil A at 15:48 No comments:

Here at Kent Online
Posted by Neil A at 10:57 No comments:

From the Sevenoaks Chronicle:

Posted-: 12:00 - 07 August 2008
A big cat could be at large in Otford, according to a motorist who claims he saw a large creature similar to a puma lurking in the village. Peter Nertney posted a comment on BBC Kent's Big Cat Country web page describing what he saw: "I saw a large cat similar in size and colour to a puma running across the lawns of St Michael's School in Otford on Friday July 25 at about 5.30pm."When I honked my horn, it stopped and turned around before running into the bushes."

Neil Arnold, of Kent Big Cat Research, has spent years collating sightings and evidence of large felines. He said: "I don't get many puma reports but I don't get as many because they don't stand out as much."Pumas have been around since Roman times when they were imported so they could fight in amphitheatres."But Mr Arnold believes there are other big cat species roaming the Sevenoaks countryside aside from pumas."There has been a big black leopard in the area, which hasn't been seen for a short while," he said."There are possibly two because of the different sizes people have reported."One is a bigger, stockier male and the other a smaller female."Mr Arnold said the cats' main prey are rabbits and pheasants, but he has had reports of deer that have been found eaten.

The Sevenoaks newspaper misquoted Neil Arnold. The Romans never had puma's, they would not have heard of them as they were cats of the New World.
Posted by Neil A at 14:41 No comments:

HERE at the Thanet Extra
Posted by Neil A at 14:38 No comments: